In some ways this was easier than having the micro PWM the LEDs directly via transistors. 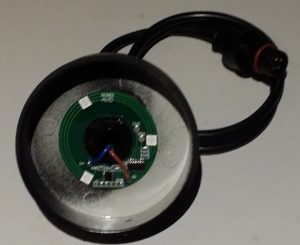 The single sided circular PCB has 3 RGB LEDs & some circuitry.

A centre cutout allows for the cable gland and power wires to the board.

The PCB was spray lacquered after programming and testing.

It was an interesting exercise positioning the 3 LEDs around the

circumference and drawing the curved tracks to connect them.

Sorry for the blurred photo. 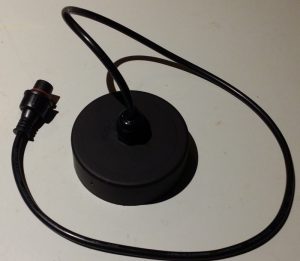 The cable tail was a standard 15mm type from Ray Wu.

It’s strong enough to hang the assembly from.

I cut them at 750mm, but in hindsight could have left them longer.

That would have allowed for easier positioning in the trees. 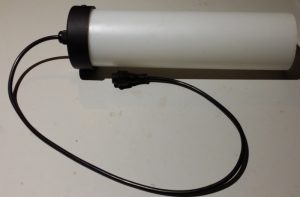 It was secures with 2 screws through the side of the cap. 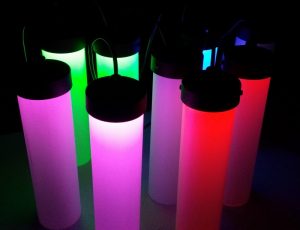 One last test before they go outside. 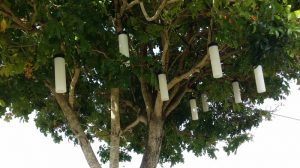 9 tubes hung in the tree on our footpath.

8 T piece cables were used to connect them together.

12V power is fed to the tree via a flying cable.

I may change that to 30V and fit a small DC converter in the tree.