I bought a few spiders on eBay for a little over $2 each with postage.

Hmmm… gotta do something electrical with them. 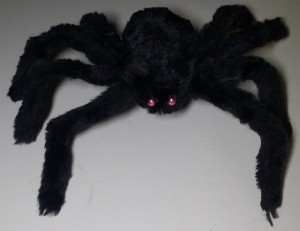 One standard spider with crimson baubles for eyes.

Off with his eyes !

The legs of the 5mm red LEDs were poked in so they came out underneath.

The LEDs are in series along with a resistor.

I have a 4K7 one temporarily tacked in to try the brightness. 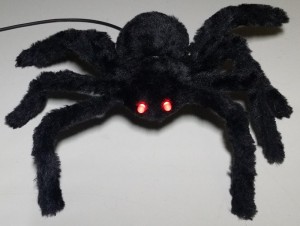 Here he is lit up.

You don’t want it too bright otherwise it looks weird.

It also means if I accidentally plug it into a 30V channel it won’t be damaged.

The cable is the same single core shielded type that I used on the mini LED spots. 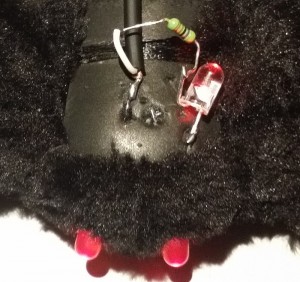 Adding a flicker LED in series as well causes the eye LEDs to flicker.

You’d need to reduce the series resistor value a bit to compensate for the extra voltage drop.

You can hide the flicker LED or maybe use it to cast a flickering glow under the spider ? 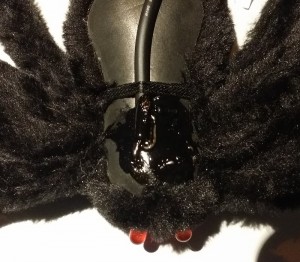 I ended up putting the flicker LED in there pushed into a small hole.

The resistor value was reduced to 2K2.

Some liquid electrical tape seals the connections and keeps everything in place.

The power cable tucks under the fabric strap already there. 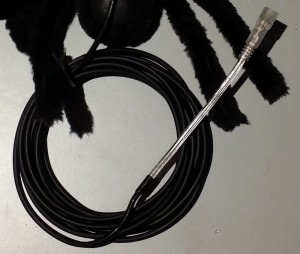