For now this project is called the Mystery Box, mainly because it’s a mystery why it will end up being!

I built this box a little differently; the top is fixed to the sides and drops over the bottom panel. 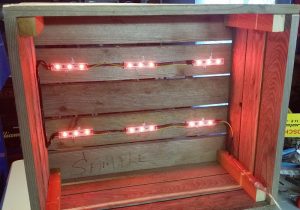 Six 12V RGB LED modules shine down from under the top.

You could also use RGB strip, but I had these in my pile of stuff.

I fitted a small 4 pin connector tail to the LEDs.

This way the top can be easily disconnected from the base. 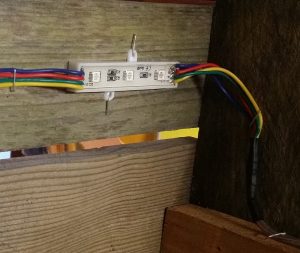 The module’s mounting holes were too small for the screws I had.

So, out came the staple gun to fix them and the wiring into position.

The staple gun was set to the lowest force setting. 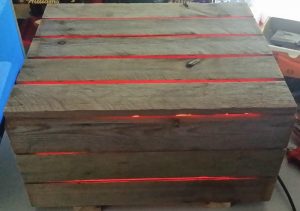 Here it is lit up.  It should look good at night.

The RGB modules mean I can have the colour change as part of a sequence. 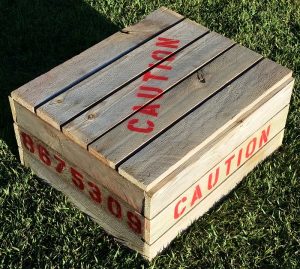 I finally got to use the 2″ stencil letter kit today. 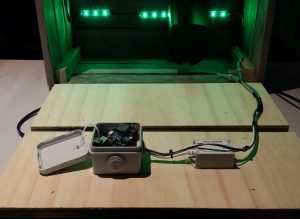 Speaker, mp3 board and DMX module for the LEDs installed.

The DMX module cycles through colours by itself.

I have the option to control the lights via DMX at a later stage.

Here it is playing a sample audio file.  This may change for Halloween 2017.