After last Halloween, my son suggested having light come from the road gutter drain outlets. 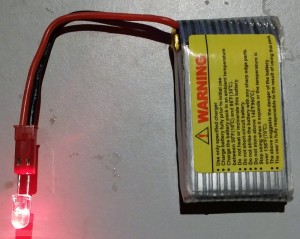 I had some colour changing 5mm LEDs leftover from another project.

These are a nominal 5V device, but run well on a 3.7V Li-Po battery.

The LED was simply poked into the end of the connector. (longer leg of the LED to battery positive)

I measured the current draw of the LED to be in the 18mA – 30mA range as it changed colours. 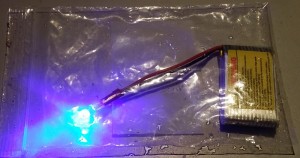 Pop it into a zip lock bag to keep it dry.

Even though it hadn’t rained for a couple of days,

there was still water in the drain outlet. 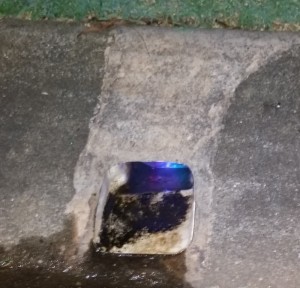 This is what the gutter drain outlet looks like.

I’ll have to give it a clean with the water blaster next time it’s out. 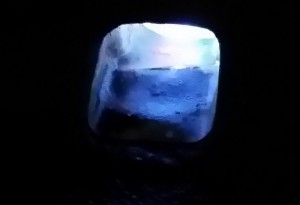 Getting a photo at night was difficult.

It gives off quite a bit of light. 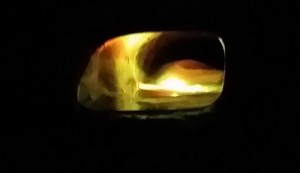 The bagged LED+battery were shoved far enough back to hide them a bit.

can put it back, while still being able to retrieve it at the end of  the night.

Another option may be to drop a thin wire (or string first) down the house gutter pipe until it comes out of the road outlet.

Then I could power the lights from the house.  This would also stop them getting flushed out if it rains on Halloween night.