I got some free chunks of white polystyrene foam so thought I’d have a go at making a tombstone. 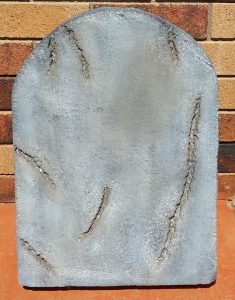 I cut the foam with a hot wire cutter and used a plaster’s rasp to shape it.

A base coat of black spray paint, some gouges and more paint followed.

It’s not the best paint job, but it will do while I learn. 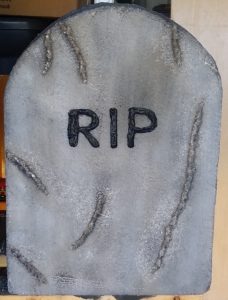 The original plan was to route out a funny name in it.

I didn’t have a router nosecone at home so free handed the RIP.

The lettering is pretty rough, but ok for a first attempt I think. 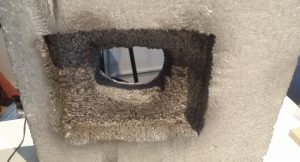 I was looking in my box of parts and found another digital photo frame.

Routing out the rear of the foam to accept the frame was a messy job!

A bit of spray paint seals the cut area as the propellant dissolves it a little. 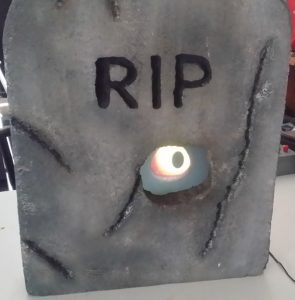 The frame could play mpeg-4 video files so another AtmosFX clip was re-encoded to suit.

I still have to secure the frame in and add the DC converter and power tail.