I’ve been thinking about using a small battery pack to drive some LEDs (pixels ?) on a Christmas costume.

It could also be used to power a small display element where running power wires would be inconvenient.

So, after trawling eBay for 15 mins, I settled on these two items: 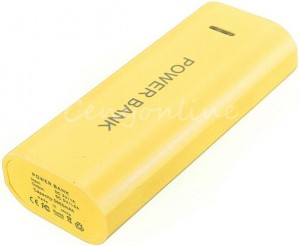 That should be enough to run some pixel strip or a small pixel string. 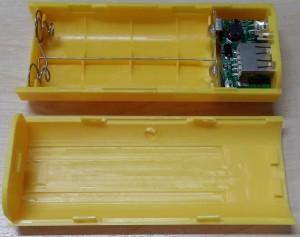 It’s not obvious at first, but the case halves slide apart.

Hmmm… the stiff wire for the battery negative terminals is damn close to the cut-out in the positive tabs.

I think I’ll bend that a little or slip a piece of plastic tubing over that bit.

When the cells arrived, I charged the bank up and then used it to charge my phone as a test.  I haven’t checked the capacity but it seems useful so far.

The LED shows red when it’s charging and blue when it’s supplying current.

When disconnected, you can just see a very faint flicker of the blue LED in a completely darkened room.