When taking down my 2014 display, I noticed that almost all of my large meteor tubes were cracked.

They were all cracked near the top.

Some had more cracks than others, but the tube was still intact overall.

Most of the cracks extended only a few cm from the top cap. 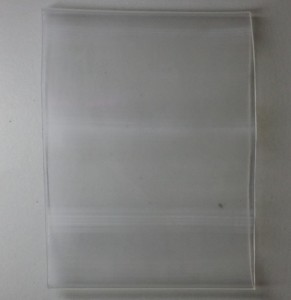 I bought some 50mm diameter clear heatshrink on eBay.

Such large sizes are usually used for battery packs.

In hindsight I could have used 40mm diameter heatshrink and had to shrink it less.

Cut a length long enough to cover the cap, the cracked area and a little more.

Being clear, it won’t impact the LEDs if you do need to cover a few of them.

A small amount of silicone was put around the top cap before shrinking the tube down.

This should prevent water from seeping between the shrink and the cap.

Take your time with the heat gun and keep it moving to shrink evenly.

Be careful not to get too close to the shrink lest you scorch it !