Bunnings had all their Halloween lights on clearance for $2 each, so I bought a few of the “Stop Here If You Dare” solar signs.

I thought they can be retrofitted with better LEDs and hooked up to a central controller. 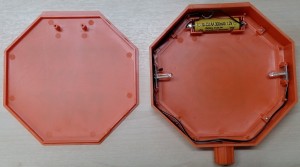 They are not too hard to pull apart.

Prise the larger side off (the inset side is screwed on from the inside).

This reveals the battery, LEDs and control board. 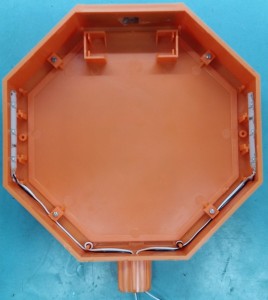 It was the 60 LEDs per metre type as that’s what I had laying about.

You could also use some RGB strip with just the red connected.

Each piece of LED strip is wired separately. 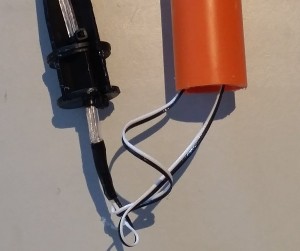 The wires were long enough to pass through the tube.

I joined the wires to a 2-pin male connector tail.

A bit of silicone and heatshrink protects the connections.

Cable ties were added above and below the top of the stake.

The 2-pin connector tail (from Ray Wu) hangs out the bottom.

That way I can make a simple wiring harness to connect them all. 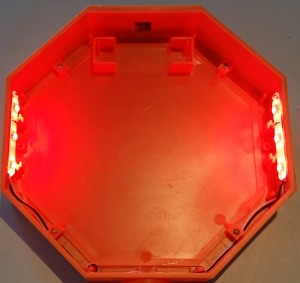 The new LEDs are much brighter.

I can always dim them if they seem too bright in the display.

Being red they keep the sign more orange than white LEDs. 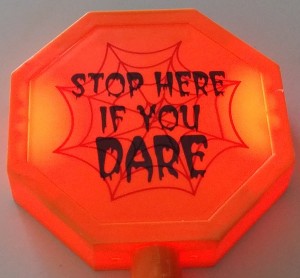 There are 2 hot spots, but not as bright as the photo suggests.