The tree that the skeleton swing hung from in 2016 was rudely destroyed in a storm early 2017.

A new tree was planted in it’s place, but it will be several years before I can use it for anything.

I wasn’t going to bother with it this year, but the ACL chat guys persuaded me to make it stand alone. 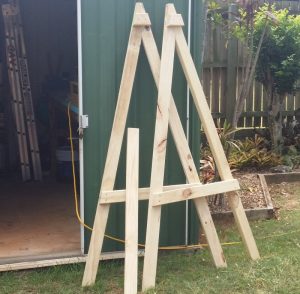 There was enough length left from each 2.4m stud to do the leg braces.

The bottom of the braces are 500mm from the ground, but it’s not critical. 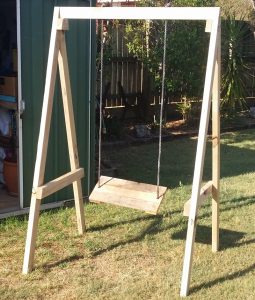 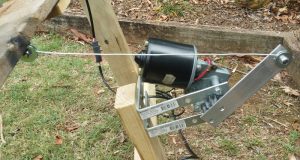 The motor was mounted with some L brackets.

A couple of pieces of wood get it into the right orientation.

I’ll paint those parts black later to blend in.

Some fencing wire acts as a push/pull rod.

I do have some threaded rod, but can’t find the tie rod ends at present! 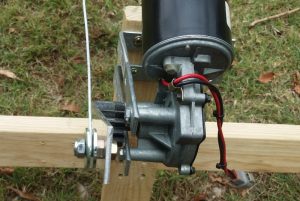 The wire wraps around an M6 bolt that is secured with a lock nut.

It’s spaced out from the arm so that it doesn’t get caught as it passes by.

The large washers help stop the wire binding too much. 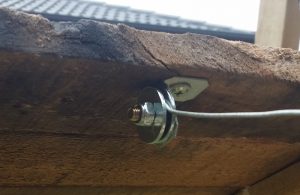 The wire attaches to a simple L bracket under the seat.

It wraps around an M6 bolt that is secured with a lock nut. 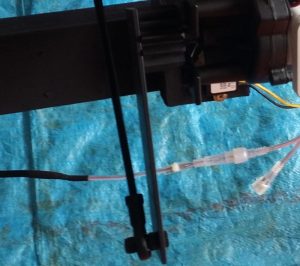 The temporary fence wire was replaced with 6mm threaded rod.

A ball joint (tie rod end) connects it to the motor arm. 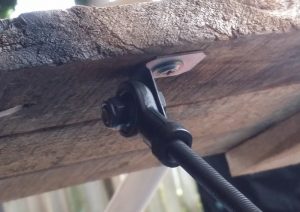 Another ball join connect the threaded rod to the seat. 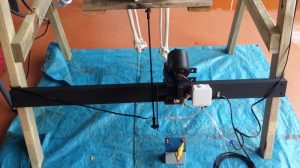